What project management techniques can we learn from the telegraph? I mean the nineteenth century communications technology, not the British newspaper. In an era before the Project Management Institute, vast telegraph networks were constructed. Over one hundred years ago, there were global networks that delivered messages in a matter of minutes. Let’s explore the obstacles and achievements of telegraphy for inspiration and instruction that we can apply in our projects. 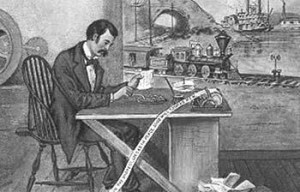 My fascination with telegraphy dates back to 2006.  I read Tom Standage’s book, “The Victorian Internet: The Remarkable Story of the Telegraph and the Nineteenth Century’s On-Line Pioneers,” and was pulled into the sweeping story. I have long been interested in the history of the 19th century and communications, so this book was a great fit for me.

As a staff writer for the Economist, Standage tells the story well. That book will be my key resource for this article. Standage makes the interesting argument that a Victorian visitor to our time would not be shocked by the Internet. He surmises that Queen Victoria would regard the Internet as little more than a more powerful telegraph. What a humbling observation!

“To be ignorant of what occurred before you were born is to remain always a child. For what is the worth of human life, unless it is woven into the life of our ancestors by the records of history?”

What project management techniques can we learn from the history of the telegraph? There are three lessons for us to consider. The cultural impact of technological change is the first point. How to respond to project management failures is the second insight. Third, the inspiration to search far and wide for ideas during project brainstorming. I’ve learned a great deal about culture and change from the telegraph – let’s get started.

In my experience, I tend to start work with the technical part of projects in many cases. I might start researching applications available or browsing through O’Reilly books. If I’m working with other people at an early stage, I’ll ask questions such as “what is our testing plan?” or “what project management software do we need here?” If you have an engineering background (or simply find technology interesting), you probably sympathize with a technical focus. It’s only half the picture of a successful project.

Referring to the Victorian project of building a global telegraph network, few anticipated the extent of cultural change wrought by this technology. At first, long distance telegraphy was thought to guarantee peace and international friendship:

“It is impossible that old prejudices and hostilities should longer exist, while such an instrument has been created for the exchange of thought between all the nations of the earth.” – Period account celebrating the construction of the transatlantic cable between Great Britain and North America in 1858

Before long, the telegraph became a commonplace tool of foreign policy. For example, the Ems Dispatch is credited with triggering the Franco-Prussian War of 1870-1871. Decades earlier, the telegraph was put to service during the American Civil War. It was clear that increased rapid communication had great potential for fostering conflict.

Reliable telegraph communication changed the authority of diplomats. The Renaissance era practice of diplomats enjoying significant autonomy faded as governments back home realized they had the ability to contact their ambassadors in the field. 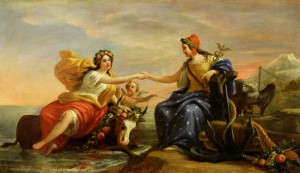 By most measures, the completion of the first transatlantic telegraph cable in 1858 can be regarded as an engineering marvel. Unfortunately, this landmark project did not last very long. As Standage reports in The Victorian Internet:

“The transatlantic cable was regarded as nothing short of miraculous; indeed it was a miracle that it worked at all. The cable was so unreliable that it was more than a week before the first message was sent successfully… The reliability of the cable steadily deteriorated, and it eventually stopped working altogether on September 1, less than a month after its completion.” – The Victorian Internet by Tom Standage

This project failure was covered in the newspapers on both sides of the Atlantic, unlike some of today’s quiet project failures. Yet, less than ten years later, new cables were put in place. In the intervening years, engineers and entrepreneurs worked on their project management techniques.

What can we learn from the triumph of transatlantic telegraphy?

Dr Edward Whitehouse, an electricity expert who worked on the first submarine cable, assumed that high voltage was required to transmit signals through such long distances. Nobody had attempted a telegraph cable of such scale before so it is easy to see a logic to this proposal (more power required to cover longer distance).  Empirical experience would soon prove him wrong.

Lesson: Applying more “voltage” to your project is not always the best way to overcome project failure. Sometimes you need to review your basic assumptions to reach success. Keep this principle in mind the next time you propose “adding another developer” to your software project team.

The failure of the transatlantic telegraph in 1858 prompted a public outcry. At least one contemporary newspaper suggested the whole effort was a fraud. The Boston Courier asked “Was The Atlantic cable a humbug?” That’s nineteenth century slang for nonsense.

The project management team in charge of the transatlantic cable had to take all this criticism in stride. Eventually, the British government formed a committee to examine the whole affair for several months. During this investigation, it became apparent that Whitehouse’s behavior on the project left much to be desired.

Lesson: discussing project failure – especially in a public setting – is painful and it can be effective. Have the courage to follow in the footsteps of nineteenth century telegraph pioneers – explore your project failures so that you can do better next time. Think of this as the “Buckley’s cough remedy” approach to project success: it tastes awful and it works.

The ultimate success of the transatlantic telegraph cable in the 1860s involved several changes. A new ship – the Great Eastern – was deployed. The cable itself was significantly redesigned. Dr Whitehouse, who played a key role in the first cable attempt, was removed from the project. New technology was not enough to achieve success.

Lesson: In extreme cases, the only way to overcome project failure is to remove someone from your project team. It’s not a step to be taken lightly. It can also make the difference in salvaging project victory from the jaws of defeat.

If you’re like most people, Samuel Morse is probably the first person who comes to mind when you think of the creation of the telegraph. He certainly played the greatest role in establishing the telegraph in America. Without his leadership, the telegraph may not have spread as quickly. But others came before him to lay the groundwork.

All of these innovations came from different countries. In some cases, these innovations found enthusiastic support from the State – Napoleon Bonaparte supported the mechanical telegraph. In other cases, isolated researchers simply pondered the possibilities afforded by the latest discoveries. Bringing these disparate discoveries into the rapid electricity-based telegraph of the mid nineteenth century was a slow process.

When it comes to development project management techniques, brainstorming is a fundamental technique. The next time you consider brainstorming, ask your project team to bring ideas from a wide variety of sources. If you’re in the financial services industry, look at retailers. If you’re in the United States, investigate what German companies have achieved. You may end up inventing a world changing technology like the telegraph. You may also have more fun at the office and we could all use a bit more fun at the office.

Question: When did you have to revisit a fundamental assumption in your project plan in order to achieve success?

Activity: Call a meeting to discuss the last project you completed. The agenda is simple – discuss how the project could have been completed better. For additional guidance on running such a meeting, I recommend a Manager Tools podcast episode describing The Hot Wash.

2 thoughts on “The Victorian Internet Guide To Project Management Techniques”