The First World War changed the world forever. Historians have published thousands of books on the war. For Britain and Canada, the toll of the war has never been matched. The First World War has profound project management ideas for us to consider. 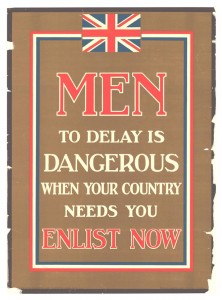 In this article, I will draw on several sources for background about the conflict. In university, I studied and wrote about the conflict several times. Some of my recent biography reading has also featured the war prominently. A few years ago, I read “Paris 1919: Six Months That Changed The World“ by Margaret MacMillan about the peace conference that followed the war. Last year, I read “Churchill” by Martin Gilbert which reminded me of the important role Churchill played in the First World War. Earlier this month, I read “Lord Beaverbrook,” by David Adams Richards. My perspective will focus on the British and Canadian experience of the war.

Get ready for a long read today.

I suggest you get a cup of coffee right now.

Got your beverage of choice ready? Read on!.

In this article, you will learn four important project management ideas from the First World War.

How To Manage Project Management Stakeholders Like The Great Powers

Every history course I ever took discussed the alliance system leading up to the First World War. There’s a good reason for that continuing emphasis. All of the Great Powers sought allies. Even the isolationist United Kingdom found allies. No large project is done alone. Everybody needs allies. In that light, consider two case studies of war alliances.

This far reaching diplomatic settlement between traditional enemies had tremendous results. Unlike some other treaties of the year, the Entente covered a wide range of issues and territories. Egypt, Moracco and Thailand were addressed. There were no specific military commitments however. In 1907, Russia joined the agreement. The three Powers became known as the Entente. Establishing such an important treaty years before the war provided an excellent foundation for future cooperation.

Making territorial guarantees in the middle of a war is a daring move. Who could say how the war would end? Or when it would end? Despite these uncertainties, the treaty was concluded. By August, more than 300,000 Romanian troops entered the conflict. Unfortunately, Romania ended up fighting alone in eastern Europe when Russia pulled out of the war in 1917.

In thinking about the treaties and diplomatic arrangements of the war, I see several lessons. First – consider that the Entente Cordiale’s 100th anniversary was celebrated in 2004. In contrast, the Treaty of Bucharest is forgotten to everyone except scholars of the war. France, the United Kingdom and Russia had the wisdom to build strong relationships without the pressure of war. The Romanian treaty was concluded in the sound and fury of the war.

The Take Away Point: The starting point in managing project management stakeholders is to build relationships before you need them. As Harvey MacKay’s book on networking puts it, “Dig Your Well Before You’re Thirsty.”

When I think of the First World War, the first image that comes to mind is trench warfare. I imagine men in uniform sitting in vast trenches carved through the landscape of western Europe. I can almost imagine the thunder of constant shelling. Certainly, trench warfare was dirty, violent and demoralizing – the complete opposite of CNN-style “video game” war of the late 20th century. Given all the suffering of the trenches, it’s well worth the effort to find at least some project management ideas from this conflict.

The modern condition of post-traumatic stress disorder was not well understood during the war. Some commentators observed that men suffered from “shell shock” and were somehow unable to continue in their military duties. One of the few ways to mitigate the trauma of trench warfare was regular rest periods away from the front. It was an opportunity to get clean, get some rest and perhaps some recreation. In a typical year, an infantryman could expect to spend four months of the year living in a trench.

When you are struggling with the question of how to manage project stakeholders, it may be time to seek rest from the trenches. If you have fallen into the trap of sacrificing sleep for apparent productivity, stop. When you’re sleep deprived, you don’t realize that your performance suffers (check out the New York Times for how little sleep can you get away with). Continuing to slog away in the mud and sweat of your project trench is not sustainable.

Trench warfare is the ultimate defensive strategy. By building long fortified positions, an army was well placed to hold a position against attacking forces. As a short term strategy to stop a rapid German advance, I can see why the leadership ordered the construction of trenches. As the war dragged on, simply holding the line would not be enough to win the war.

When you face a crisis – whether that be a direct attack or a looming deadline – it’s understandable to move to the defensive. In the project world, one might refuse to attend any meetings until catching up on work. Turning down meetings is a strategy that I have occasionally employed with good results. From time to time, you simply need to defend your time (“The 4-Hour Workweek” by Tim Ferriss has further helpful tips for this type of time management).

If you find yourself fighting rear guard actions for long, then you need to bring in new allies to your project. You can ask the project sponsor for an increased budget. You can look at sacrificing part of scope. Making hard choices based on the project management triangle puts you back in charge of your work.

Secure The Home Front: The Need To Main Support For Projects

Morale steadily declined as the war kept on going. In England, there were Zepplin bombing raids. In Canada, the conscription crisis of 1917 broke out – there were parades against the war and protests particularly in Quebec. Compelling men to pick up arms to fight in a war filled with tear gas, trenches and no end in sight rapidly became more difficult in Canada and Britain. In Russia, anti-war sentiment provided a catalyst for the Russian revolution and subsequent withdrawal from the war.

Ask yourself who supports your project at the office and at home? When I’ve worked on a stimulating project, I find that is easy to get wrapped up in the project details – deliverables and the pressure to meet deadlines. That project management energy needs to be balanced with restraint.

During the First World War, some on the home front called for harsh measures against those who resisted conscription. It is frustrating when non-project members fail to show much interest in your efforts. Don’t fall into the trap of thinking of them as unpatriotic. Realize that some people are simply uninterested in your project’s success or failure. For those people who provide support to you during your most challenging projects, make time to thank and recognize them for their efforts.

Develop Your Peace Conference Strategy: Preparing For The Project Conclusion

Starting in January 1919, the world’s largest diplomatic conference began. For the next six months, diplomats, monarchs, generals and politicians from dozens of countries met. In reading Margaret MacMillan’s outstanding book, “Paris 1919,” I was struck by the sheer range of participants at the event. On any given day, you might encounter American President Woodrow Wilson. You might also see representatives of Japan, China and Italy.

A striking lesson from the Paris Peace Conference concerns who was absent from the war. There was no Russian representation despite Russian casualties significantly outweighing French losses. Germany was not invited to participate in the conference. Exluding Germany from the discussion overturned the precedent set at the 1815 Congress of Vienna where French representatives played a major role in designing the world of post-Napoleonic Europe). The decision to exclude Russia and Germany from the proceedings would have ramifications for decades following.

How To Prepare For the Conclusion of A Major Project

A project conclusion meeting in working with your project sponsors. Before you plan the meeting and celebrate your success, think carefully about both your stakeholders and project sponsors. In a large technology project, you could have a technology sponsor and a business sponsor. For very large projects, it makes sense to brief them individually. Excluding an important person or group from your project conclusion meeting could hurt your career for years to come.

One thought on “Project Management Ideas From The First World War”