Regulations are an ever growing feature of modern life. For professionals working in certain industries – finance, health and nuclear power – regulations shape every decision. For the project management community, implementing or maintaining compliance with regulations is a major source of projects. To kick off my multi-part series on regulatory project management, this article will provide the background you need to get started. 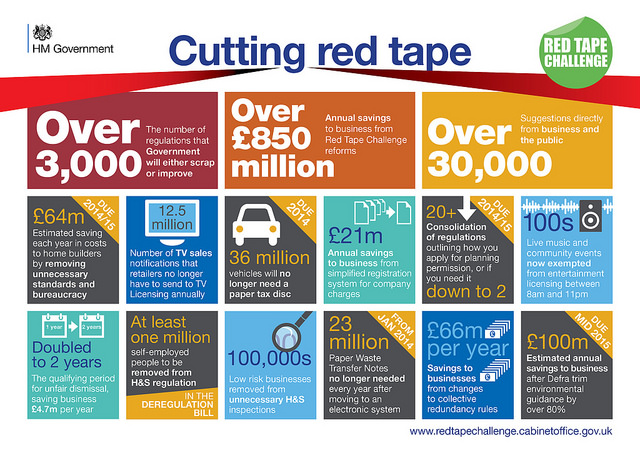 First, allow me a word on industry focus. My project experience is in the financial services industry. Given that history, I decided to focus this series on the finance sector. That said, this series has great value to professionals outside of the banking field. Like it or not, regulations cast a long shadow. It is worth taking the time to understand their impact.

What you’re going to learn in this article:

Without any further ado, let’s get started…

A Very Short History of Regulation

What are regulations? That’s a complex topic. For purposes of this discussion, I will use this simple definition:

A regulation is a rule or law designed to control or govern conduct. In statist mechanisms it can also be extended to monitoring and enforcement of rules as established by primary and/or delegated legislation. In this form, it is generally a written instrument containing rules having the force of statist law. [Wikipedia entry on regulation]

Further, there is one more distinction to be made about regulations. There are two broad schools of thought in financial industry regulation: principles and rules. In a principle-based regulation, the regulatory authority states a general principle that industry is expected to follow. In contrast, rules-based regulation is akin to traffic law – violate this specific rule and you will suffer a specific penalty. Most large organizations are impacted by both types of regulation.

“If a builder has built a house for a man, and has not made his work sound, and the house he built has fallen, and caused the death of its owner, that builder shall be put to death.” – Code of Hammurabi, section 229, circa 1750 BC

The Mines Act of 1842 proscribed that “No boy under 10 years old was to be employed underground.” Since the 19th century, further regulations have been developed regarding child labour.

As we can see, regulations have served many purposes over history. The penalties associated with regulation have also evolved dramatically. Thankfully, resorting to capital punishment is a regulatory approach that is safely buried in the past.

The Economic Impact of Regulations: Consider Costs And Benefits 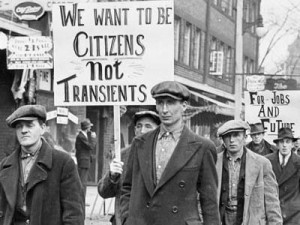 Unfortunately, not all regulations have such clear benefits. The sheer complexity of regulations can have negative economic consequences. For example, the Sarbanes-Oxley Act has discouraged some American firms from going public on the stock market. As a result, investors have lost on investment opportunities. Certainly, there are many who have benefited from this increased regulation. Accountants, consultants and lawyers aided their clients in implementing Sarbanes-Oxley in the early 2000s. Did society as a whole benefit from this effort to suppress corruption? That remains an open question

“Complexity costs money. Sarbanes-Oxley, a law aimed at preventing Enron-style frauds, has made it so difficult to list shares on an American stock market that firms increasingly look elsewhere or stay private. America’s share of initial public offerings fell from 67% in 2002 (when Sarbox passed) to 16% last year, despite some benign tweaks to the law.”

An OECD report on regulations in India reports how long it takes a business to deal with licenses.

As of 2008, dealing with licenses takes approximately 8 months in India versus an OECD average of 5 months.

Consider that finding for a moment. It means that 90 days of productivity is delayed due to the burden of complying with license related regulation.

What have we learned about the cost of regulation? Regulation compliance costs money. Regulations impacting the business community result are likely to result in higher prices for consumers. As a democratic society, it is up to us to carefully weigh the costs AND benefits of regulation.

An Exclusive Look At The History of Financial Industry Regulation

The financial industry operates based on public trust. Without trust and confidence in banks and other firms, the industry would not operate. Over the years, critics have raised questions about the credibility and trustworthiness of finance. To address this criticism, legislators have created large bodies of regulators. In addition, forward thinking financial professionals have created their own governance structures.

In medieval Europe, it was illegal to charge interest on loans. The Roman Catholic Church reasoned that charging interest was a sin that had to be prohibited. Unfortunately, this prohibition flew in the face of economic demand.

Mike Mercer in his 2010 article, Morality in Medieval Economics, explains the medieval prohibition against lending money at interest:

Further more, it was believed that prices were most fair in an open market, where bargaining was allowed. Because a deal would only be struck when both parties were satisfied with the price. Usury violated both these principals. The lender did no real work or produced any goods; he expected to make a profit for doing nothing more than temporarily handing over what he had in surplus. Worse than this was the fact that money lenders almost never engaged in bargaining. When you came to them, you were in need, and so the lender could set terms that you had no choice but to agree to. Little wonder that the usurer fast became a hated figure.

Over time, wealthy merchants such as the Fuggers of Augsburg offered loans to monarchs and other members of the elite. This early effort at financial industry regulation limited loans to the elite. Monarchs and merchants rarely faced difficulties in procuring loans. On the other hand, the rest of society had limited scope to access loans.  Medieval usury laws are one of the earliest examples of the challenges of enforcing regulations.

The stock market crash of 1929 shocked the world. The crash caused many inexperienced individuals to lose their fortunes in short order. As unemployment reached 20% in America, governments had to respond. The result was the sweeping regulation of the financial industry that formed the bedrock of the industry. The Securities and Exchange Commission (SEC) was created, in part, to prevent some of the abuses that led to the 1929 crash.

The SEC requires publicly traded companies to provide accurate and reliable financial statements. It is difficult for modern investors to appreciate that this requirement only dates back to the 1930s.

The financial regulations of the 1930s formally required stock brokers to “… treat investors fairly and honestly, putting investors’ interests first.” As recent financial scandals have shown, enforcement of this regulation is still a work in progress.

In the aftermath of the financial crisis of 2008-2009, the volume and complexity of financial regulation has increased. For project managers, this trend is a mixed blessing. On the one hand, increased regulation means numerous high profile projects to work on. On the other hand, regulatory projects take away resources from innovation and other efforts to push the boundaries. Once again, we face both the costs and benefits of regulation.

Over the next week, I will be publishing interviews with project managers with experience in this growing field. Reading and listening to interviews is one of my favourite ways to learn about a field. As you read this series, I’m sure you will agree.

As this series unfolds, this article will serve as your guide. You will find links to each interview as they are published. Look at this series as a resource that you can refer to again and again.