The World Cup. The Olympics. Elections. What’s the common thread? They are all memorable events. 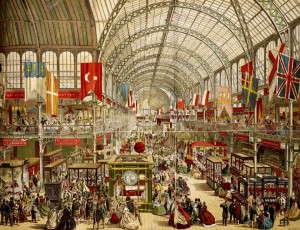 The Great Exhibition at the Crystal Palace, 1851

Unlike other events, the Great Exhibition created a lasting impact. The Victoria and Albert Museum, the Science Museum, and the Natural History Museum were established based on the proceeds of the event. Its great success is worthy of further study. Consider this article when you organize your next event.

I will discuss four aspects of the Great Exhibition that relate to project management. These ideas have the greatest application for a public event. With some creativity, you can apply these concepts to a private corporate event too.

In short, here is what you learn in reading about the Great Exhibition of 1851. The nineteenth century is full of lessons for the determined person.

Assembling The Dream Team For Your Project

Leadership determines project success. The best project management methodologies cannot deliver results without a leader to call together the team. Let’s consider the two leaders behind the success of the Great Exhibition. 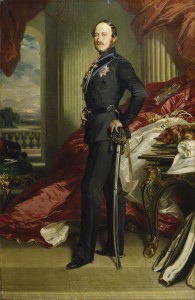 Prince Albert is widely acknowledged as the founder of the Great Exhibition. The Prince used his influence to bring together a dream team of organizers from across Britain. Albert’s proposal to create art museums, gardens and other institutions based on the earnings of the event ensured the Great Exhibition is remembered to the present day.

Both Cole and the Prince were open to learning from other exhibitions in England and elsewhere. Their self-confidence did not blind them to the need to keep learning. According to the Victoria and Albert Museum, some opposed the Great Exhibition’s inclusion of foreign products. Both Prince Albert and Henry Cole had the vision to welcome the world to London for the Great Exhibition.

Continuing to work on a major project when people mock you is hard. At times, Prince Albert was attacked for his commitment to the Great Exhibition. Albert decided to continue working with Cole and project despite the criticism. There had never been anything quite like the Great Exhibition before in England.

The project team rapidly grew beyond Prince Albert and Henry Cole. There was an entire construction organization charged with executing the architect’s vision. Many other people started their own projects inspired by the Great Exhibition. Thomas Cook, the legendary travel entrepreneur, offered affordable travel packages that included train tickets and accommodation. Publishers created guides to the event. When other people start to build on your project’s success, take it as a sincere compliment.

“The [project] vision should never be like a religious relic… It should be more like a rulebook to a good board game, providing clarity for everyone involved… It should be worn out from use and have notes scribbled in the margins.”

Delivering large projects with long timelines is a great challenge. In 2006, Intel’s average IT project took 88 weeks to complete according to a Project Management Institute report. Since then, the company has substantially reduced the time to complete its projects. In the case of the Great Exhibition, there was no Microsoft Project. There was almost no information technology (besides the telegraph). Yet, the Great Exhibition was delivered on time. Judging by the warm reception and profits of the event, the Exhibition was also delivered on scope.

How did they make it happen? In addition to tireless and capable leadership, there are three methodologies to reach their goals. All three methods also increased stakeholder support for the project.

The project plan provided £20,000 for prizes. In 2013 terms, that amounts to £1,911,000 ($3.2 million in US dollars or $3.5 million in Canadian dollars). Prizes are an excellent way to solve difficult problems. The Great Exhibition rewarded designers for industrial, consumer and agricultural goods. In our era, the X-Prize Foundation gives out awards for space flight.

Both Prince Albert and Henry Cole lent significant prestige to the entire enterprise. By bringing their networks to bear on the project, the Great Exhibition’s chance of success significantly improved. Cole’s accomplishments included exposing corruption in government and playing a key role in establishing the penny post.

The credibility the project sponsors brought to bear on the project helped attract other people. More than three thousand people donated to the fund the Great Exhibition raising over half a million pounds (equivalent to £14,000,000 pounds today – a sum far greater than most Kickstarter campaigns).

The organizers of the Great Exhibition sought to market British goods to the world and encourage industrial innovation. For industrialists, these benefits were sufficient. Importantly, the project team communicated other benefits.

Judith Flanders, author of Consuming Passions: Leisure and Pleasure in Victorian Britain, puts the benefits of The Great Exhibition in these terms:

“The kind of arguments that are now used routinely for the promotion of tourism as an economy-booster were developed for the first time: that visitors would arrive, benefiting everyone from hotelkeepers to omnibus operators to food suppliers; that trade would be advertised both to home consumers and to audiences abroad.”

Products sold based on the Great Exhibition include: Exhibition coffee, cigar boxes, tablecloths and gloves. The souvenir industry as we know it was created in 1851.

How Do I Apply These Lessons To A Corporate Project?

You could even say “we’re going to become the Zappos of banking.”

Your project reduces the time to process vendor invoices by 50%. By telling your finance stakeholder that your project will save $100,000 in interest penalties, they will clearly understand the benefits of your project.

In many cases, project sponsors are dictated by company best practice or budget considerations. If you have the ability to suggest sponsors, think more broadly. For example, if your project involves half a dozen departments that rarely interact then look for an executive with a strong internal network. If your project is at the bleeding edge of innovation, then look for a sponsor with an appetite for change

The Grand Opening of the Great Exhibition: A Project Lesson In Showmanship

“This day is one of the greatest and most glorious of our lives… It is a day which makes my heart swell with thankfulness.” – Queen Victoria’s diary entry describing the Great Exhibition’s opening on May 1 1851.

Ending on a high note is one of the reasons that Broadway musicals are so engaging. You leave the theatre feeling great. You can capture that feeling on your project. You simply need a few basic skills of showmanship and theatre. The Great Exhibition defined 1851 for Great Britain. Here’s what you need to know to knock the socks off your project team.

The Crystal Palace that housed the Great Exhibition built anticipation for the event. The construction process took nearly twelve months. The building itself also attracted attention because the Crystal Palace was the largest glass building in the world.

As you work toward the conclusion of the project, return to your project vision. Remind the project team about the impact you will achieve.

Projects appeal to me because they have a hard end date. You can say, “we built it – this project is done.” In the case of the opening of the Great Exhibition, large crowds were eager to visit on the opening day. Queen Victoria herself was in attendance too.

Ask your project sponsor to attend the finale of your project. Shell out cash for donuts, gluten-free treats or whatever floats your boat. You’ve worked long and hard on your project.

What was the best project at the office (or anywhere) CONCLUSION? Did you have a party at the end of university? Did you and the project team go out for drinks? Share your stories.

2 thoughts on “The Great Exhibition Guide To Memorable Projects”